What Happens if Obamacare is Repealed?

Here we are again, at the start of a new administration with many changes ahead of us. No matter your political bent, there is no denying that the exchange of Obama for Trump in the White House means change. Many questions arise with this kind of shift in governance, and one of the biggest areas of interest to many is how Trump’s time in office will affect Obamacare, otherwise known as the Affordable Care Act (ACA). Currently roughly 20 million Americans get their health care coverage through this act. Questions arise like, what happens if Obamacare is repealed? How will this change my health insurance coverage? What can Trump change and how quickly? How will a possible reversal of the Affordable Care Act (ACA) affect my premiums?

Although there is little consensus on how the ACA will be repealed or exactly what will be affected, this article will provide you with an outline of what we do know and some possible outcomes. This is by no means comprehensive or definitive, but it's our hope that it will act as a way to enter into the conversation and educate you on what may change. The following are some of the top questions we hear in public discourse and what we've found to help you navigate them. We invite other specialists in the health insurance industry to weigh in on this as well to deepen the conversation further.

This is the top question buzzing in everyone’s minds and something that's incredibly difficult to answer with any kind of conviction. There have been numerous times throughout Trump’s campaign and more recently in the last few weeks were he has expressed the desire to repeal the Affordable Care Act as quickly as possible. However, there are a huge number of factors involved in both the dismantling and creation of acts like this. It took two years to create and pass the Affordable Care Act and even if Trump and the Republican party repeal it, they will require some type of replacement.

Trump says he has been working on a replacement plan, but has yet to reveal what this would look like in any significant detail. We expect to hear more detail on this very soon. He was quoted as saying it would include, “lower numbers, much lower deductibles… it will be in a much simplified form. Much less expensive and much better.”

While this does not answer any of the many questions people have regarding what Trump has in mind, it's clear that it's a top priority for him to significantly change certain aspects of health insurance coverage and health care in this country. And the repeal process is already underway. Earlier this month, Senate Republicans approved a budget proposal that would allow for them to dismantle the ACA without a Democratic filibuster. The New York Times said recently regarding this that “... the Senate is essentially procedural, setting the stage for a special kind of legislation called a reconciliation bill. Such a bill can be used to repeal significant parts of the health law and, critically, is immune from being filibustered.”

And how fast can the Affordable Care Act be repealed?

The budget blueprint, as it's called, requires that the House and Senate write up repeal legislation by January 27, 2017. It's therefore undeniable that the Republicans and the new administration plan to dismantle the act. However, the New York Times goes on to point out: “Republicans do not have an agreement even among themselves on the content of legislation to replace the Affordable Care Act, the timetable for votes on such legislation or its effective date.” Yes, Donald Trump on healthcare can make considerable changes to our health insurance system with the support of a Republican majority that he has. And although intention for replacing the act soon is clearly there, and a path towards such a replacement is underway, how and when it will happen is still uncertain.

What concrete changes in health care policy can we expect?

Once again, answers to this question aren’t easy to come by. However, there are some things we can pull out of the President’s statements as well as a plan proposed in 2015 by Trump’s pick for Secretary of Health and Human Services, representative Tom Price (R. Ga.). Here are a few areas that you can look to for likely change. If you would like more information on any of these areas, please see our resource at the end of the article.

This is often the alternative put forward by the Republican party in place of medicaid expansions: protections and incentives for an increase in the use of and accessibility to health savings accounts. A health savings account is a tax-free account that allows individuals to personally save for their medical expenses. It goes hand in hand with high deductible insurance with the idea being that you use the money you have put in your health savings account to pay the deductible when medical expenses arise until you reach the point at which the insurance company begins to pay. Incentives and protections would be put in place in order to make it less challenging for low-income families who have a hard time meeting their monthly expenses let alone saving for future possible medical costs.  Again, the ins and outs of how this would work and how it would influence health insurance provided through employers is still hazy.

Under Obamacare, insurance companies were prevented from denying people healthcare due to pre-existing conditions. Trump has promised to provide some protection for these individuals. The proposal put forward by Price would require insurers to cover people with pre-existing conditions as long as they have maintained continuous and unbroken coverage. Those who do not fall under this would pay considerably higher premiums or seek coverage through high-risk pools which were almost eliminated under the Affordable Care Act. High-risk pools would therefore likely increase with the new changes.

This is the often unpopular mandate that even healthier, younger people get affordable health insurance or they will be penalized in their taxes. Despite objections from both parties, this was included in the Affordable Care Act so that insurers were not only covering those in the most need of medical care and thus those making the most claims. It was an unpopular attempt to balance expense for all. If this is repealed, it will be one of the big items that needs a viable alternative. And what that alternative looks like may affect insurance policies and premiums and/or governmental expenditure.

Repeal of medicaid expansion provisions in the Affordable Care Act was mentioned by the proposal Price put forward, but Trump’s statements so far have not mentioned Medicaid expansion. It's therefore widely thought that expansion will be stopped. Another possible change for medicaid patients would be in how funding is allocated. Instead of being adjusted amounts per recipient, funding may be made in the form of block grants to individual states. However, details regarding what will change for medicaid recipients is still vague.

Trump's statements and other Republican commentary on the issue of ACA repeal has led us to assume the current subsidies afforded by the ACA would be replaced. Exactly what this would be replaced with is still uncertain. Trump’s plan in this area is still unknown. However, changes in subsidies will have potentially large affects on the way health insurance is provided and the costs determined. Price has proposed replacing the current subsidies with tax credits for adults and children. Others have proposed tax incentives, but what this would mean in practical terms is unclear. For more information on this, see our resource list below.

None of the plans put forward by the Republican party in the past, nor anything Trump has said in his statements so far, include the essential health care requirements that are currently in the Affordable Care Act. It is therefore expected that the replacement plan would not require insurance companies to include these essential services in their plans. See our recent blog on health insurance Ohio to read more about what these requirements included.

It's clear from the above that the affects of the Trump administration on health care in Ohio and across the country will vary depending on what kind of coverage you have, what types of subsidies you do or do not benefit from, whether or not you have pre-existing conditions, and how insurance companies will have to shift to accommodate changing laws. However, it's likely that those millions who currently rely on medicaid or other protection policies provided under the Affordable Care Act will lose that coverage.

Will those people seek heath insurance in other places? Will they be able to afford health care coverage in other ways? Will the replacement policies and protections put in place by the government cover these people or not? How will these new policies affect those who currently do not benefit from medicaid or subsidies? These are all big unknowns. How deductibles and premiums will change for the average person due to these bigger picture changes is also unknown.

Enlist an independent insurance agent to advocate for you

The following are some questions you could consider asking your agent:

Hearing what your agent has to say to some of these questions will help you feel more confident moving forward, no matter what changes may or may not come. Have this conversation soon, be proactive, and allow an independent health insurance agent tp be your advocate.

If you are interested in pursuing this further and keeping yourself informed, start out by downloading and filling out the questionnaire below. Contact Hill & Hamilton to make an appointment with an agent and take this questionnaire with you to help inform the conversation. We are here to help you! Let us be your advocate.

For further reading, view our article: How to Find Affordable Health Insurance Companies in Ohio.

Better Off Before Obamacare? 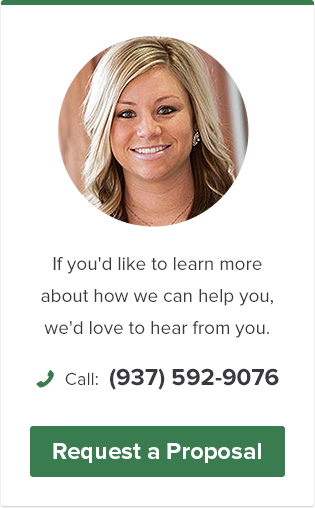